這是出自追蹤師一書，祖父與湯姆的對話。期望有天也能做到這樣的地步。
Grandfather said that when the Native American went out to collect a bow stave it was far different from the consciousness of the white man. First, the Native American had to have an extreme need for the bow stave. Then the collecting trip would be proceeded by periods of fasting and praying. After all it was not as simple as just cutting down a tree, for he would be taking the life of his brother. He would then go out onto the land and begin his search. He was not looking for the solitary saplings that grew straight and tall. Instead, he would search the groves of saplings that were in competition with each other. He knew that in their struggle for soil and sunlight many would die and others would be badly bruised and injured as the years passed. If left alone the forest would not be strong and healthy. When such a grove was found he would search it thoroughly, looking for the ideal sapling. It would not be the straightest and tallest. Instead, it would be one that was dying or would eventually be crowded out by the other saplings. He would then ask himself if the land would be left better by removing the sapling. If so, then he would ask what kind of legacy would he leave for his children and grandchildren. Would it be a strong and healthy forest? Only when those questions were answered in a positive way would he eventually cut the sapling. Even then there must be the prayers of thanksgiving. His was the attitude of the caretaker, helping nature to grow better, stronger, and faster. He could do in a short period of time what would take nature years to accomplish. That was his purpose: to help and nurture creation, not to destroy it.

"It is not enough to just take that sapling. Your vision is in a tunnel. You must look beyond the sapling and see what else should be done in the area to make the forest healthy. By taking care of a small part and not the whole, you are not doing enough. Your work as a caretaker has not been completed. It is also not enough to be the caretaker only when you are collecting something for survival. You must be the caretaker all of the time, whether collecting or not."

"But isn't that like playing God?" I asked Grandfather. He said, "In a way it is, but we are only following the instructions of the Creator. After all, that is why we are here on the earth, to care for nature, not destroy it. You must take things from nature to live, that is a given fact, but it is the way that we take those things and the end results, both immediate and in the future, that make us caretakers." 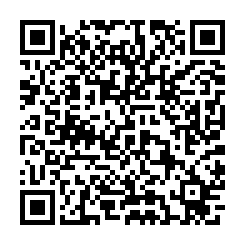